I arrived in New Orleans this afternoon and was looking forward to seeing cool architecture and creepy cemeteries. I spent a few hours wondering the French Quarter and what follows are my first observations. The first is that the Harrah’s hotel and casino here makes the one in Las Vegas look like they weren’t even trying over there in the desert. 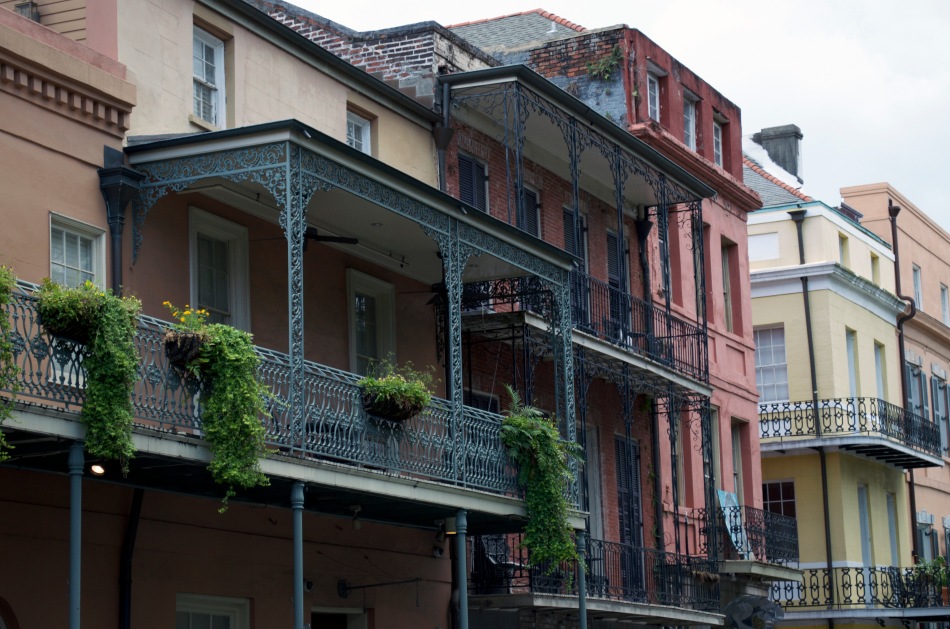 Like San Francisco and Las Vegas, there are so many tourists. They lurk everywhere you turn. New Orleans doesn’t discriminate so the ages range from teenagers to the retirees looking for lost youth. I helped one of those elderly couples find Bourbon Street using mapquest on my phone. Sweet couple, but it probably took them thirty minutes to walk those three blocks to Bourbon Street.

I was told by five different people to stop by Cafe du Monde and get beignets.  The next few days are pretty booked, so I made sure I went over there today. Now I’m addicted to beignets. So much for staying healthy on this trip.

I left my TSA approved Ziploc bag full of toiletries in my bathroom back in Minnesota so I had to stop in CVS Pharmacy to resupply. They didn’t have my shampoo or conditioner, but there was an entire aisle of bourbon. At least I could drink the pain in my hip away after I walked 12,000 steps. You know, when in Rome.

At one point I stopped to mapquest the route back to my hotel so I could nurse my aching leg (old injuries die hard), and a guy in his twenties stopped and asked how much for an hour of fun. So you get the right image in your head, I was wearing workout leggings, dirty sneakers, a sweat-soaked workout tank top, and zero make up. Apparently, this is what prostitutes look like in New Orleans because not two minutes later another guy asked me pretty much the same thing. I’ve spent three different weekends in Las Vegas over the years and not been asked if I would accept payment for sex. Not once in Vegas, but in New Orleans it happened twice in less than five minutes. Note to self, don’t stand on street corners and check mapquest on your phone in the French Quarter because it means you are open for business.

Thanks for the fun first day, Big Easy. Looking forward to more craziness over the next few days.