Here are my Oscar picks.

Best Picture
Should Win: ‘The Favourite’. Was my favorite (wink wink) film out of this years nominees.
Will Win: ‘Roma’. Very much deserving. It’s my second pick.

Should Win: Lady Gaga for ‘A Star is Born’. I know, her playing a musician isn’t much of a stretch but she did it magnificently.

Will Win: Glenn Close for ‘The Wife’. She deserves to finally get a win, just not for this movie. It really doesn’t showcase how great of an actress she is.

Really, Olivia Colman should be the supporting actress category since her role had the same screen time as Rachel and Emma. She should not be in Best Actress. That spot should have gone to Toni Collette in ‘Hereditary’.

Best Supporting Actress
Should Win: Rachel Weisz or Emma Stone for ‘The Favourite’.
Will Win: Regina King for ‘If Beale Street Could Talk’. She stole the show in Beale Street. Kudos to her. 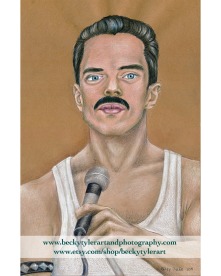 Will Win: Rami Malek for ‘Bohemian Rhapsody’. I mean, it’s not even a question. He was so convincing that he carries the movie single handedly.

My second choice is Bradley Cooper. If it weren’t for Rami Malek, I would be on team Bradley all the way.

Best Supporting Actor
Should Win: Mahershala Ali for ‘Green Book’.  How is he not in the Best Actor category? He had just as much screen time as Viggo Mortensen.
Will Win: Sam Elliot for ‘A Star is Born’. Someone has to carry the Oscar gold weight of this film since it lost momentum leading up to the Oscars.

Best Adapted Screenplay
Will Win: Spike Lee will get an Oscar for ‘BLACKkKlansman’.
Should Win: Nicole Holofcener and Jeff Whitty for ‘Can You Ever Forgive Me’
How did Infinity War not get a nomination here? Just saying.

Best Original Screenplay
Will Win: Alfonso Cuaron for ‘Roma’.
Should Win: Deborah Davis and Tony McNamara for ‘The Favourite’. This movie could have gone so wrong, but it hits all the right notes. Dark, funny, and brings the drama.

My trail, right before it started raining.
Driftwood and the Pier.
Truth. My @etsy store is in vacation mode this week so I can hike some trails and commune with some wildlife.
Minnehaha Falls.
Clown Fish.
Pink Flower.